Between 1977 and 1985 I played with guitarist Kevin Smith, bassist Karl Hoffmann and organist Marty Olson in Thumbs. We were ably served by a host of drummers (insert Spinal Tap joke here). We recorded an eponymous debut and a second album called No Price on Earth. We were adored by Rolling Stone, Creem, Village Voice, New West,  Boston Phoenix, Los Angeles Times, Los Angeles Herald Examiner, Philadelphia Examiner, In These Times – yes, critics loved us. We had a devout following at home, despite confounding the regional rock establishment with our maverick excellence.

In 2016 Thumbs was inducted into the Kansas Music Hall of Fame. I guess being in a club with Charlie Parker and the Blue Things is kinda cool. 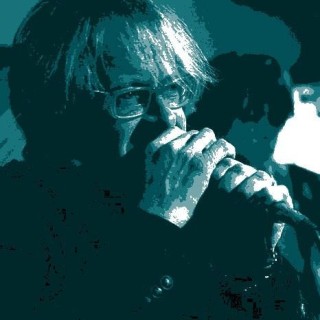 Musician, writer, and connoisseur on the cheap. My life was saved by rock 'n' roll. I am a man of as many words as necessary.